This quest can be done by multiple characters at once or collab with another artist. It that case there will be group helping with logs or hunting the wolves. All characters who participated will obtain reward.
There's going a rumor around your living place, that woodsman's draft animal was mauled by wolf pack. But woodsman needs to move logs out of forest to a lumber mill.
Perhaps a woodsman could get new animal, but what about the wolves?  What if they attack again? Someone should take care of the. I am not saying you, but someone should.
And none the last woodsman has no money for new draft animal, unless he gets all the logs to a lumbermill, where he's getting paid. It's overall grim situation for him.
And the time is running short, as logs will not stay fresh and in best condition forever.
Oh if only anyone could help...
Visual reference 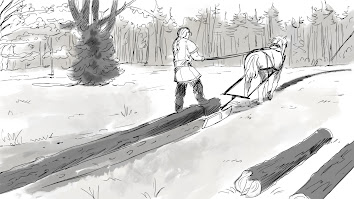 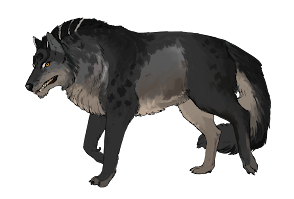 You can complete one or both options. If both options, they can be posted in one submission, but has to be on two visibly separated scenes.
Option A - help drag down logs
Draw one picture.
Picture requires atleast halfbody rider/riders and harnessed fullbody animal/animals.
Allowed gear of items: miscelaneous (draught tack)
Considered stats: strength, obedience, endurance
Score factors: ablity stats
Draw any part of helping with moving the logs. Harnessing your animal, pulling the logs, loading or unloading the logs, speaking with woodsmen (he/she has no concrete design, as it's in "your living place", so you can create him/her, or use the one on a sketch in 'visual reference' section.
Option B - take down the wolves
Draw one picture.
Picture requires rider/riders and atlast 2 wolves. Mount is optional.
Allowed gear of items: battle gear
Considered stats: dreadness, courage, resistance
Score factors: ablity stats, admin roll on 20side DND dice.
Draw a fightscene in forest or wolves (see reference for wolf design) already hunted down by your rider. You can also draw triumphal return of your rider to town with wolves loaded on mount.